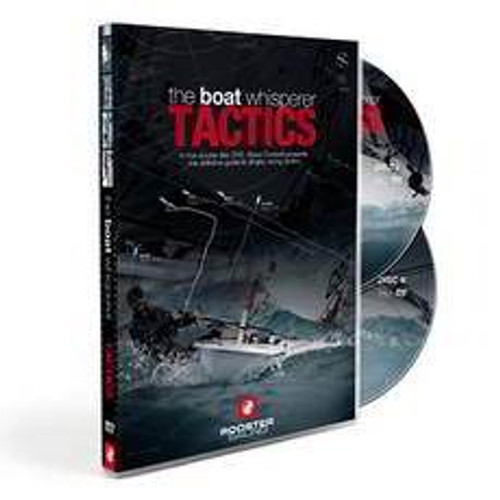 Featuring footage from both onboard and spectator angles, along with in-depth post race analysis, the Boat Whisperer Tactics DVD will provide knowledge to improve all aspects of your dinghy racing.

Steve Cockerill learned his tactics pond sailing before winning the BUSA and the Inter-Service Team Racing Championships with Aston University and the Royal Navy.

While sailing 470´s and Laser® in successive campaigns between 1988 and 1996, Steve honed his big fleet experience. He then gained the coach´s perspective in the run up to the 2000 Olympic games and has won over 45 major championships to date, including the 2010 Laser® Radial Masters Worlds.

Steve, affectionately known as ´The Boat Whisperer´ since the release of his Upwind and Downwind Boat Whisperer DVD sets, has been eager to produce a Tactics DVD to add to the series. The introduction of GPS loggers, TackTracker analysis software, and HD waterproof cameras has made this his most exciting project yet.